Today Jason was riding his Vespa to his commercial shoot carrying all his camera gear on his back.  (Something he does all the time – he looks like a turtle.)  Along the way he passes a strange man on a motorcycle also carrying all his gear on his back.  Jason nods and the man nods back – something passes between them and “BAM!” – a portrait is done.

Wilfried lives in Gympie and got a hankering for travelling so he hopped on his 150 cc Honda postie-style bike and came down to Brisbane to pick up a guitar.  A face as open and expressive as this is an advertisement for living your life your own special way.  And he seriously shows all you nancy boys what a real beard looks like!

I guess the real question is – did Jason just meet his future self? 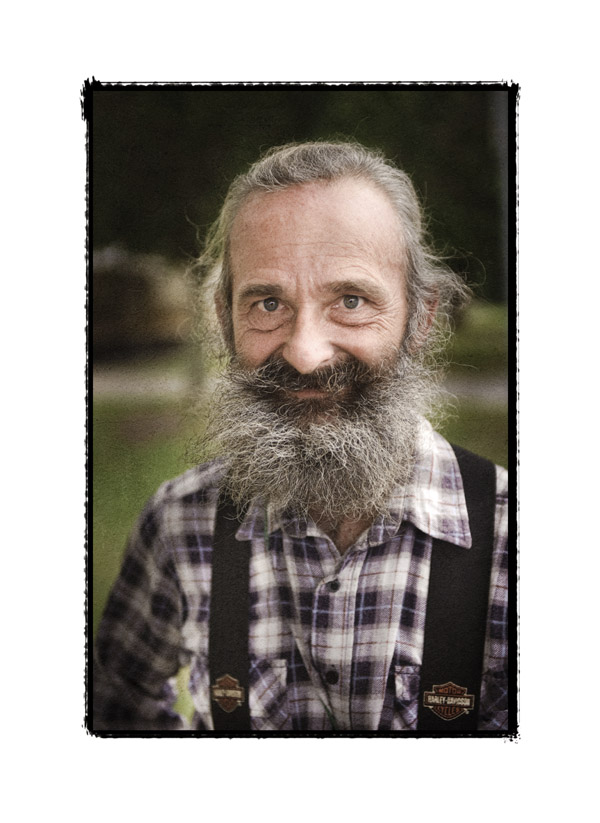 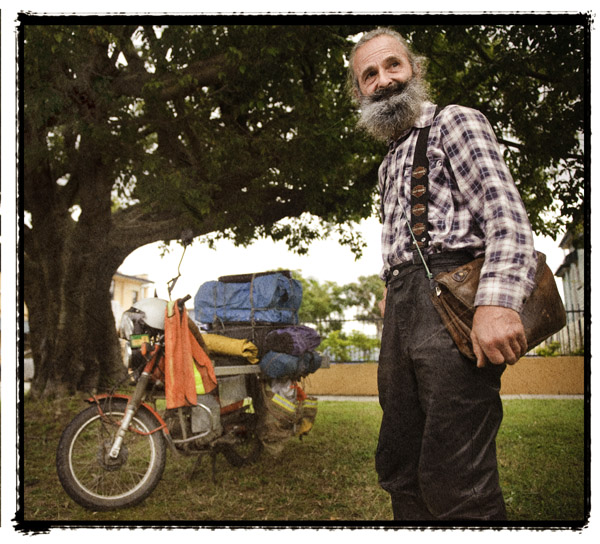