As part of our ongoing expose of men and their fixies Jason shot our friend Cal today with his stealthy Hoffy.  It was actually Cal who gave Jason the impetus to get a fixie himself and also was the one who found Jason’s frame for me.  (Thanks Cal – I now have the title of wife of the decade and a whole lotta street cred thanks to you!) I asked him why the fixie and also why the Hof and this was his response:

About six or seven years ago I used to see a pista club that met at a café that I went to when I finished a ride.  Some of the guys had new single speed bikes, but a few old beards had retro machines that looked like they had been lovingly maintained but had a bespoke charm that looked like each owner had refined their machine over many years until they were just right.

This is what inspired me to search for a fixie.  I liked the simplicity of the fixie but loved even more the idea of something being made up in a back shed rather than pre-assembled in a factory. I have always been attracted to things that have been carefully built, restored, maintained and used.

After six months of looking, and convincing my wife I needed another bike, I found the Hoffy on eBay. It was perfect, right size and was originally built in Sandgate by Eric Hendren who is the godfather of Australian custom bicycles.  The Hof was also in pretty bad shape so it needed to be fully stripped, primed and painted.  I went to a few local spray painters and in the end re-visited my original passion and did the lot myself under my house.

After I finished painting the bike I went out to Hoffy Cycles which is still out at Sandgate.  They had an old box full of original decals.  Even though they don’t make bikes anymore they helped figure out what the original stickers would be and helped me get the full set.

Since finishing the bike a few years ago I get out on it a few times a month for a Sunday ride or a gentleman’s pack ride on a Wednesday.  There is something very enjoyable about leaving the carbon fiber and 20 speeds at home and taking the Hoffy out for a roll.  I have a new Colnago with everything that opens and shuts but I get more comments on the Hof than any bike I have ridden.  Every now and then an old dude will stop me and tell me about the custom Hoffy they had when they were racing back in the seventies, it is worth it just for that. 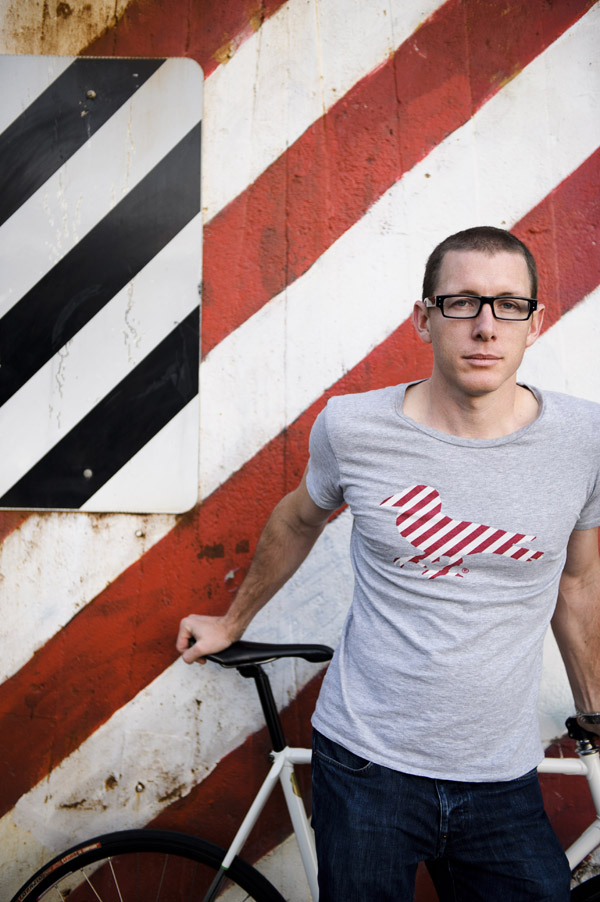 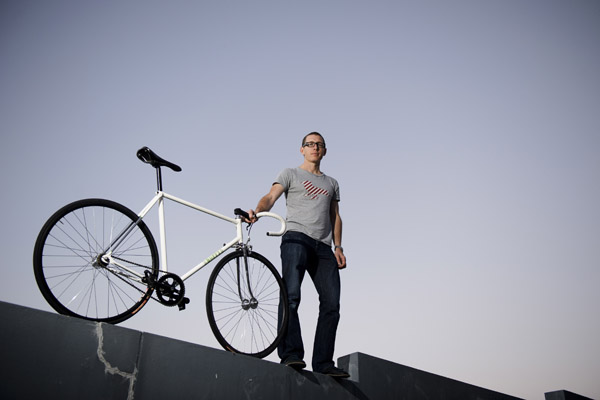 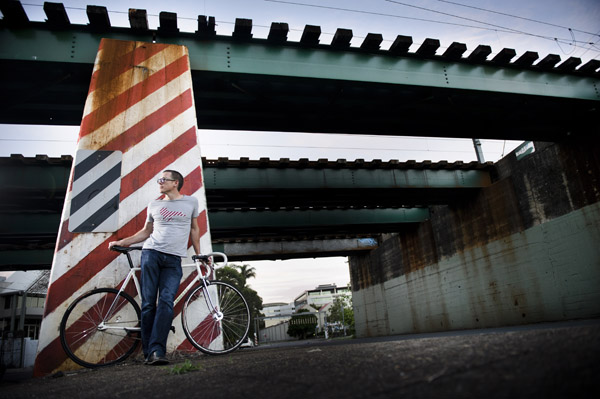 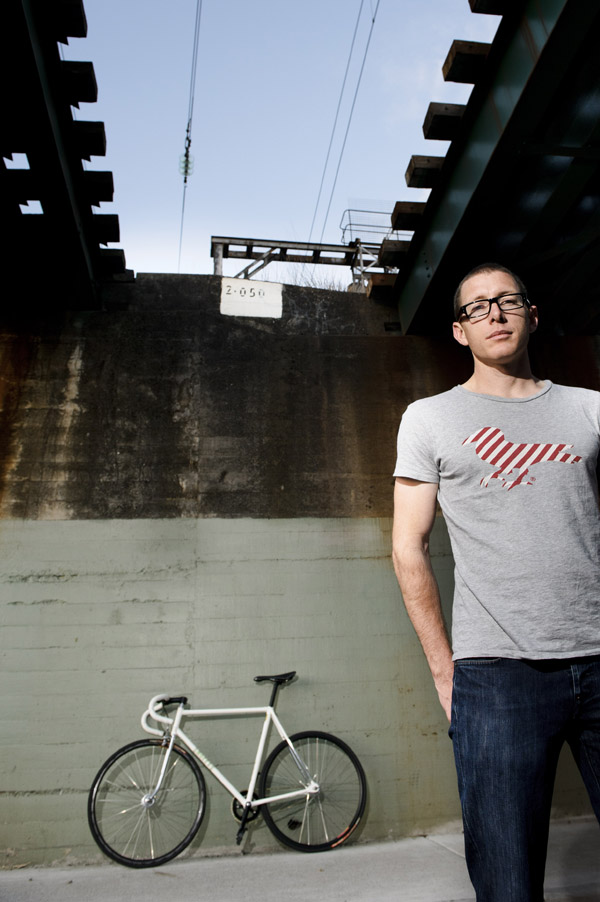 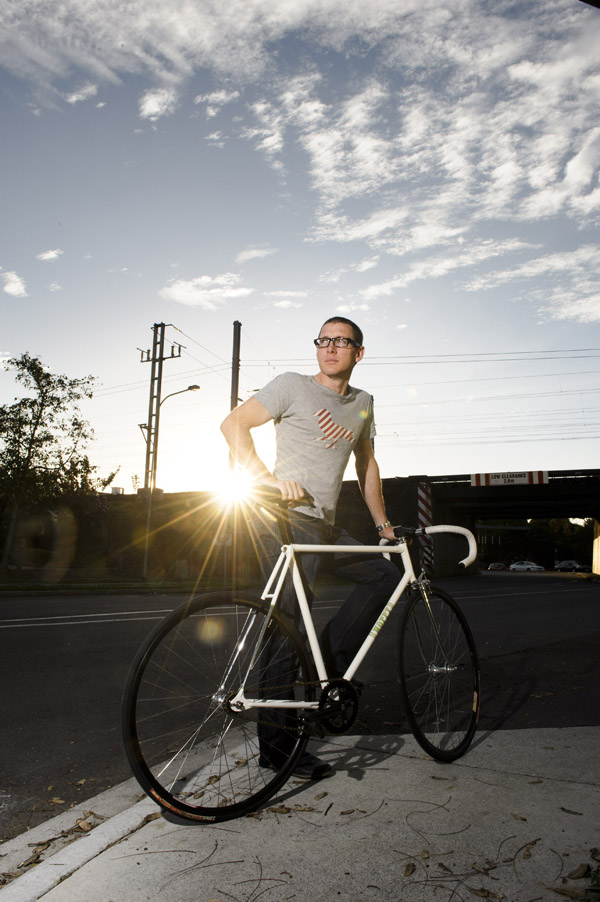 Thanks Cal – we reckon the photos turned out pretty good – how about that tee shirt matching the road sign!

Now for all you gearheads – the specs: