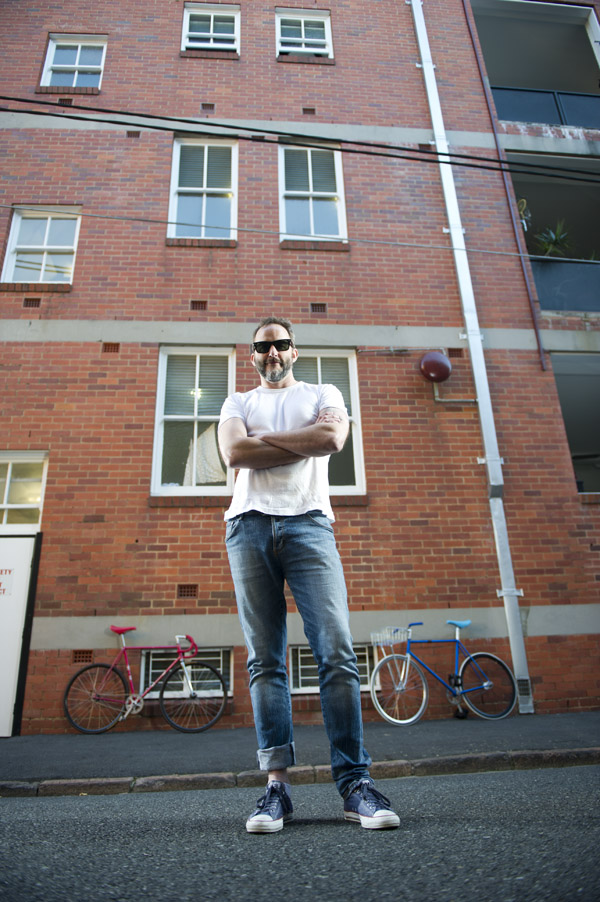 I have mentioned it here before but Jason LOVES to ride.  If he is having a really bad day I often ‘suggest’ that he go for a quick ride on one of his bikes to cool his head and he comes back a changed man!  Nothing else will do the trick and so that is why there is a fixie in my living room and four other bikes downstairs that I have lost so much skin on my shins moving to get to our storage area.  I digress – lately Jason has been keen to put together a body of work about riders and their bikes and did his first shoot with Aaron on Sunday.  Aaron helped us find the fixie frame that gets my “wife of the year” medal for at least a decade.  Here are the pics and stats and if any of your are interested in getting your photo taken let us know. (Marcus, Clint, Cal, Cobbie – you know who you are!!!) 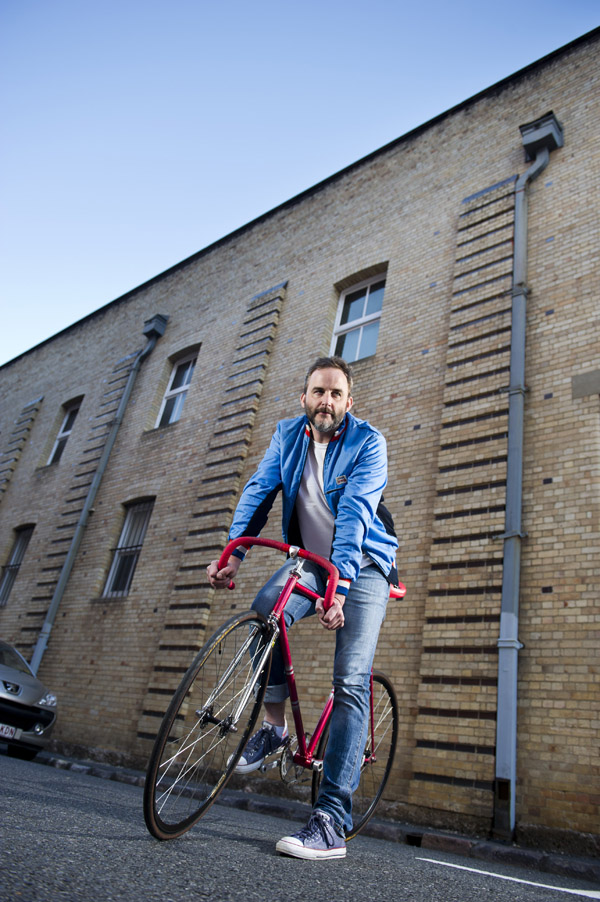 Red Bike – Pre 1960’s Diamant (Diamond), East German frame with new fork. Diamant have been making and selling bikes for over 125 years. The frame is very uncommon and they didn’t usually make a track frame so it is kind of special.  I got it just as a frame and thought the build would be quite easy but instead it was a huge pain. Nothing in Australia fitted so instead I had to access German Ebay, bid and win and then convince people to send me their bike parts which was a struggle. The bike owed me a huge favour. Now it’s my main commuter. I ride it in full traffic..no bikepaths! I love it and feel really comfortable riding it. It’s tight and very quick.

It has Sugino Mighty (NJS stamped) cranks, Cinelli Stem and bars, Velocity Aerohead rims and Gatorskins plus a BMX saddle.  I could have taken it and stripped it and had it resprayed but I love the dings, scratched and rust.  All rust areas were sanded and rust converted and then the entire frame was waxed using an auto wax.  Oh and I probably Mr Sheen once a week. (Just to keep her sparkly!! – ed) 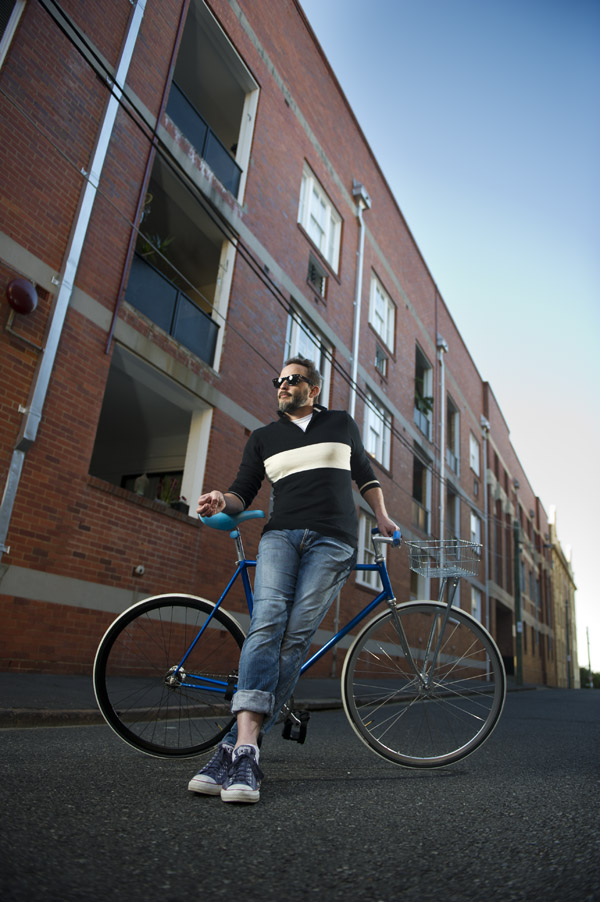 Blue Zeus – Late 1960’s Zeus frame and forks (Spanish).  Beautiful bright metallic blue but again has a few dings and rusted chrome which gives it some character.  It is also probably the lightest frame I’ve got too.  I needed a shopping/pub bike and having two bikes set up the same for commuting is just stupid.  It has Sugino Mighty (NJS stamped) cranks, Nitto stem and risers. Also Velocity Fusion on the front with Deep V on the rear.  It also has Vittoria Zaffiro Pro’s White tires (which I LOVE and totally reckon Jason should get – so very Happy Days!!! – ed)  It also has BMX Pedals that I ripped off my son’s bike with Brisbane Outdoor Gear (BOG) Straps (these are demos that I was a test rider for.)  Using straps like this means I can just grab the bike in whatever shoes I’m wearing and off I head to the shops.  The Basket is from Wald in the US.

I like to keep my bikes as original as I can. Someone spent hours and hours building them and I appreciate the skill it must take to build a bike frame.  I also love the beauty of a frame and the subtle differences in each bit of tubing that makes each characteristic.  Bikes are sexy and practical. I can ride to work in a quarter of the time it takes on public transport.