In keeping with Jason’s current series of all things bicycle and the bicycling way – he arranged to do a portrait of Erik from Gear Shop Brisbane in West End.  As I wasn’t invited (and I’m just saying…) I hear it was quite a production with Jason being assisted by two of our photographer friends, Todd and Mike.  (Although is it debatable whether you could call it assistance cause if you ask me, I think the boys just wanted to hang out together, play with cameras and bikes, and shoot the breeze!)  A MASSIVE thank you to Erik for waiting patiently for two hours while they fiddled (and I would have to say endlessly) with lights, cameras and smoke machines.  I know lots has been written about Erik and his contribution to the fixed gear revolution which has swept our fair city so I won’t go into the details but if you want to hear from the man himself check out his blog.  Thanks Erik!  Also if you want to know anything about the shot such as what gear, what lights, camera settings, what does it mean???!!! – just leave me a comment and I’ll ask Jason and get back to you. 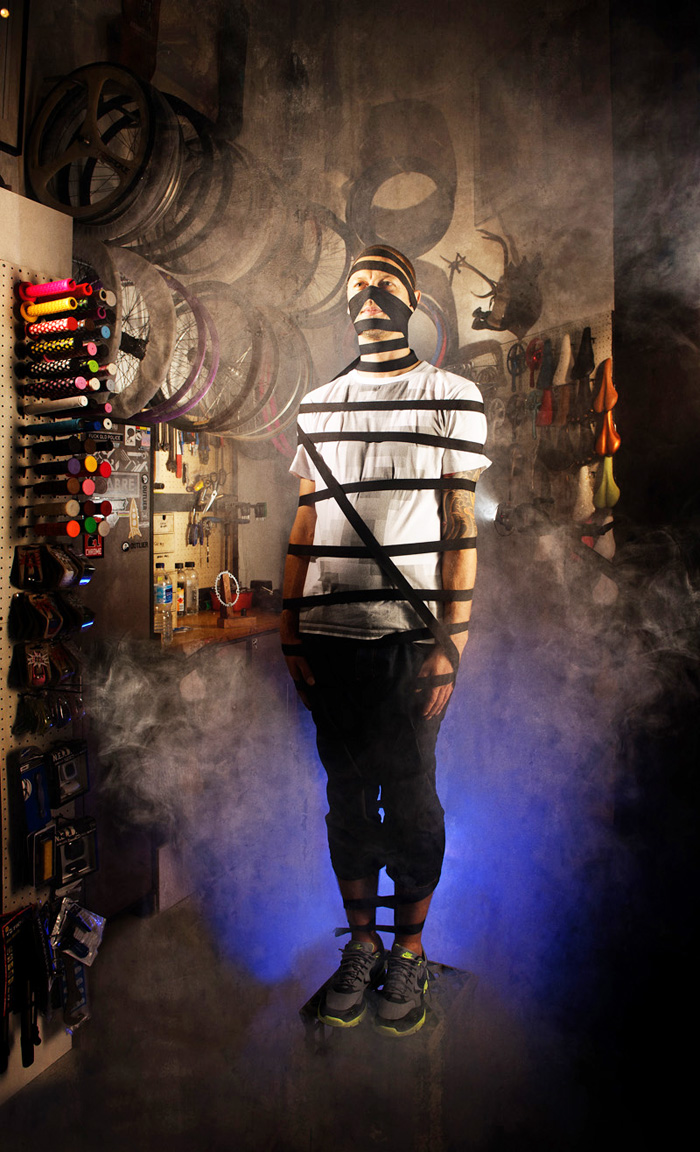