As things start to wind up here (who would have thought that everyone wanted to get married in June?  Does that mean that June is the new September??) we have been trying to post about Jason’s latest obsession.  If you know Jason you would know that in order for it to constitute as an obsession, it has to be two wheeled and super stealthy. And as it was a Christmas present from me, I have to say it has put me in the good books for at least a decade!  Thanks to our friends Cal and Aaron, I managed to score a 1971 pre-Raleigh Carlton track frame for Jason to build a fixed wheel bicycle.  I pretty much had no idea what that was but ‘fixies’ as they are more commonly called are apparently sweeping the biking community.  (As you can see I am a bit behind in my biking street cred!)

Once June is over Jason will take some beautiful photographs of his new bike (and give you the specs for all the gear-heads out there) but in the meantime here is a little snap of mine that I took strolling around Brisbane – this tag was attached to a fixie chained to a pole in the centre of the city – underground subtle advertising at its best! 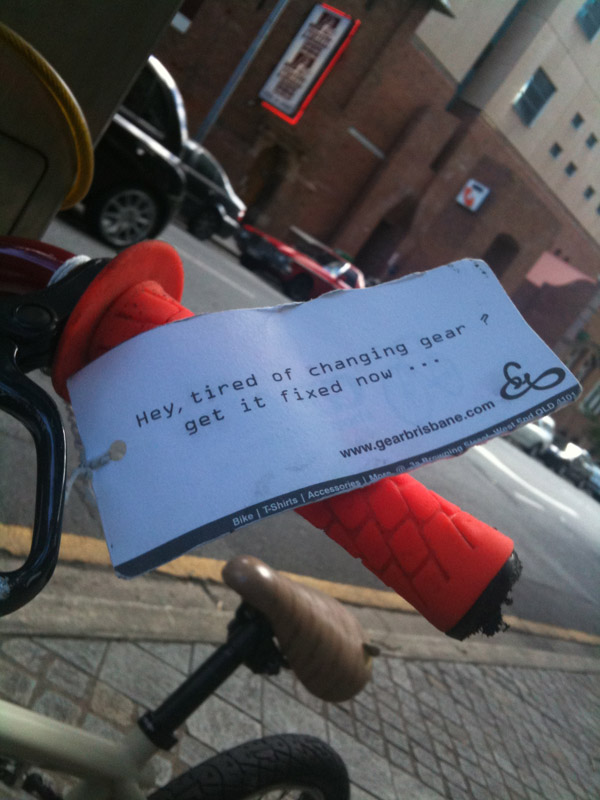 Want more check out this site