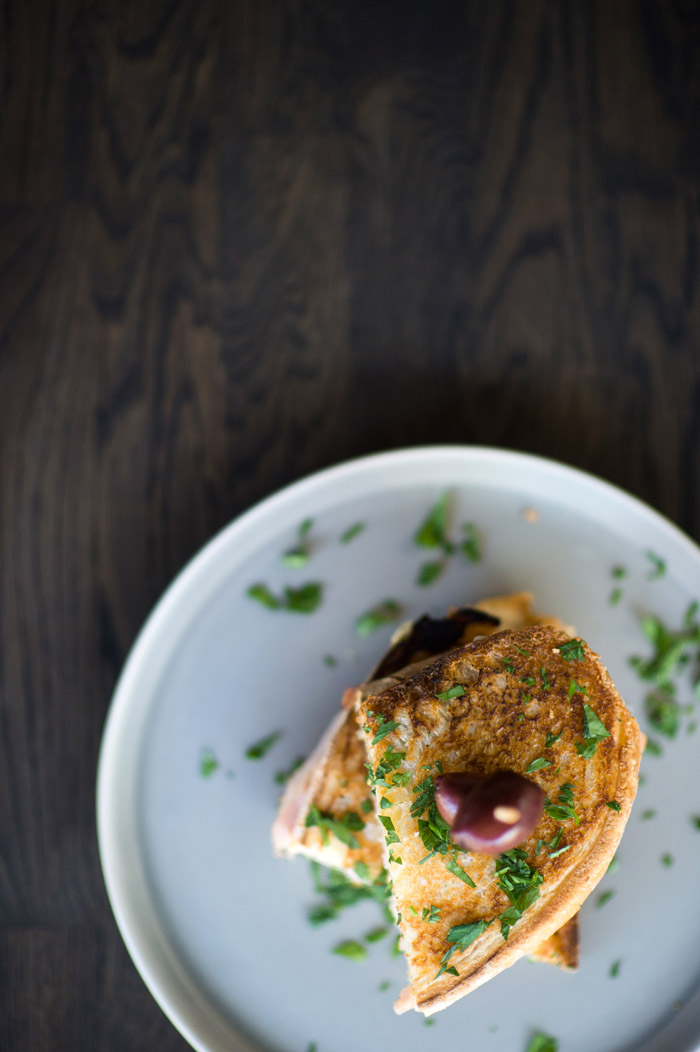 Here is a recipe (and I use that word loosely here)  that you have all known for your whole lives.  Heck, you have probably made it a dozen or more times in the last week!  (At least if you live around my house you would have!)  Simple to us but when the French get a hold of it, my-oh-my, it gets elevated to another level entirely.  I’m talking your cheese and ham toastie, people!  That’s right – cheese, ham, bread, toasted.  Or as the Frenchies would say, le Croque Monsieur.  You take some cheese (alright, alright, the French suggest gruyere or emmental and the substitution is pretty out-of-this-world, but it is still cheese!) you add some ham and place it in between two slices of bread.  Whack a frypan on medium heat, slather some butter on the outside of your bread and fry that thing till the cheese is melted and the bread crisp and golden.  Didn’t think you could call yourself a French chef?  Well now you can – and you have been for a long, long time.  See?  You learn something new about yourself every day!